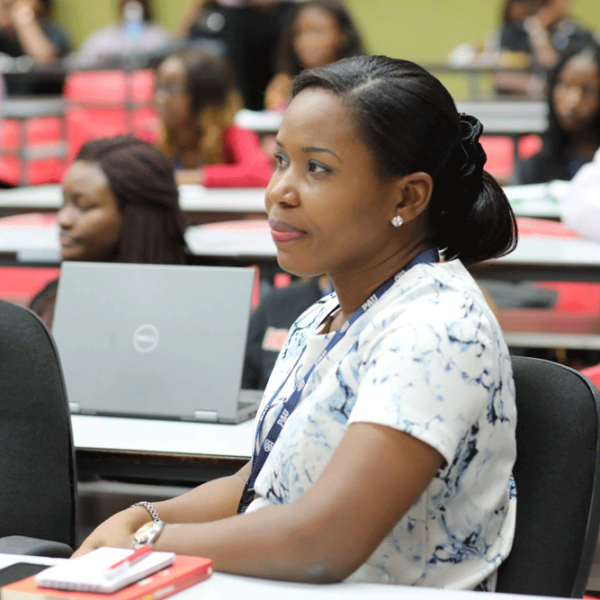 I am currently a Postdoctoral Research Fellow in Nigerian Screen Worlds, a subset of the African Screen Worlds: Decolonising Film and Screen Studies Project funded by the ERC at SOAS, University of London.

My background is in media and communication studies with a focus on Nigerian film and culture, which I have been researching since 2009 at the Pan-Atlantic University (PAU), Lagos. There, I co-convened several conferences and roundtables on Nigerian film with scholars and filmmakers on an annual basis.

In 2015, I obtained a PhD in Nigerian film from the University of Westminster, where I co-organised African film conferences for three years. My research interests include representations of the past and conflict in film, which my PhD explored, reception studies, media effects, cinema-going cultures in Nigeria and Ghana, film and social change, and the variety of screens through which audiences engage with African film. I was a recipient of the African Film Fellowship at the University of Cape Town in 2016. Thereafter, I co-edited African Film Cultures in 2017 and published the first article fully devoted to contemporary cinema-going in Lagos in 2019.

Agina, A. & Ekwevugbe, A. (2017c). Celebrity Endorsement of Political Aspirants and its Effects on College Students in Lagos. Journal of African Media Studies. 9:3, 487-505

Agina, A. (2012a). Film: A tool for social integration and tourism development. Nigerian Film Corporation, Abuja

Agina, A. (2012b). Review of Kunle Afolayan’s The Figurine. SMC Journal of Media and Culture (online)

Agina, A. (2011). Reception of storytelling techniques in Nollywood films among culturally literate Nigerian youths, Journal of Communication and Media Research, 3:2, 65-81

African Studies Association of the UK (2016) Conference, Sep 7-9, 2016 held at the University of Cambridge, UK. Black November and its Social Change Potential: Reactions from the Audience

International Association for Media and Communication Research (IAMCR) July 27-31, 2016, University of Leicester, UK. Memory, Conflict and Restoration: The Reception of Niger Delta Films in the 20th Anniversary of the Death of Ken Saro-Wiwa.